What is it about a hot afternoon that makes it stretch out (in a good way!) like this sidewalk (if I’d taken the picture a second later, it would have shown the sidewalk continuing on the other side of the road the black car is following)?

Forget walls and fences crested with flowers: this wall is completely draped with them!

We got a notion to go for a walk all over Berkeley yesterday, perhaps inspired by what a beautiful day it was! And then I never got a picture today even though it was another beautiful day, so this one will work for yesterday and today. 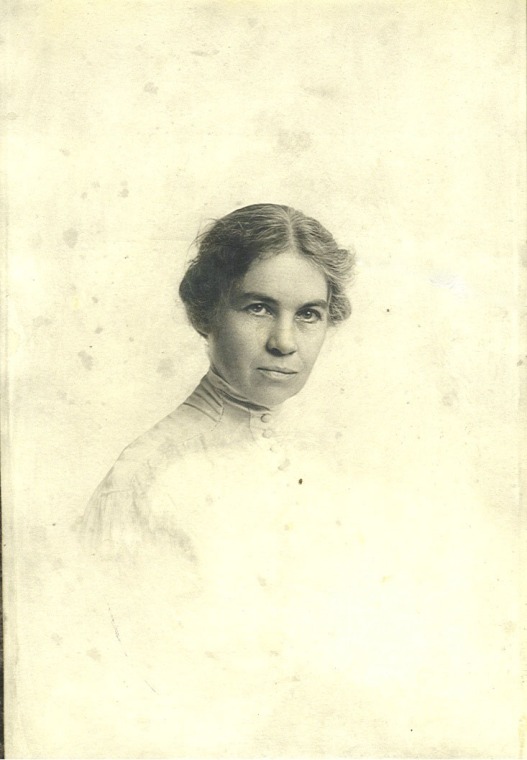 First of all: what a captivating photograph, yes? It’s a photo of the person who would become “GG”: Mary Edna Carter Gates, wife of John Howard Gates, mother of Beah (and Hobart and John), grand-mother of Nancy Rust, great-grandmother of the Rust kids. My earliest memory of GG is from when she had broken her shoulder and had her arm in a cast in a kind of statue-of-liberty pose (how did she managed to sleep at night?), about which I’m famous for having observed “GG broke!” That was when we lived in the “old house,” so I would have been six or younger.

A biography of John Howard Gates (here) provides a sketch of GG’s biography:

On the 13th of November, 1899, Judge Gates was married to Miss
Mary Edna Carter, a native of New London, Wisconsin, and a daughter of
Jervis W. Carter, a pioneer of Dakota territory who served as district
attorney under Judge Kidder in territorial days. Judge and Mrs. Gates
have three children: Beatrice, John Carter and Hobart Hare.

Beyond those marital and dynastic details, we also know that even though GG’s given name was Mary Edna, she liked to go by Edna Mae, and even though she had many brothers and sisters, her family found a way for her to go to Boston to study music, which was her passion. When her family moved to Sioux Falls, South Dakota, though, Edna Mae went with them and that’s where she met John Gates. The rest, as they say, is history!

One further note, though: further research inspired by a photo featured on this site a few weeks ago (this one here) has confirmed that both GG and Nanny (Blanche Shuttleworth)–Nancy’s two illustrious grandmothers–were born in 1869. 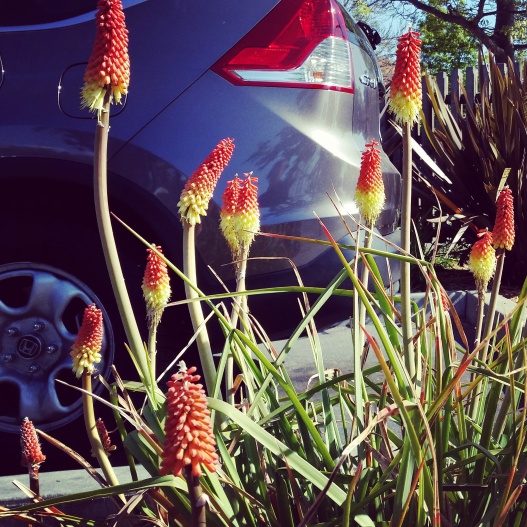 These lilies are called red hot poker plants and torch lilies (they have other names too). Looking at them as torches, it’s clear that the dark blue car behind them is standing in for an evening sky! Read all about this hardy and pretty drought-tolerant plant here.

These pretties are blooming all over these days. They’re very drought resistant and, as this site here notes, fire resistant too! In other flower news, today at the grocery store I saw a bouquet of the flowers I wondered about in this post here, so now I know what they are! Pincushion protea. Read all about them here.

I thought the Bohemians among my readers would enjoy this!

For the “and to think that I saw it on X street” category (Ashby in this case): it’s not only a hand-painted car, it’s a découpage car as well! That’s what you’re seeing on the front passenger door: glued and/or shellacked on photographs and things … 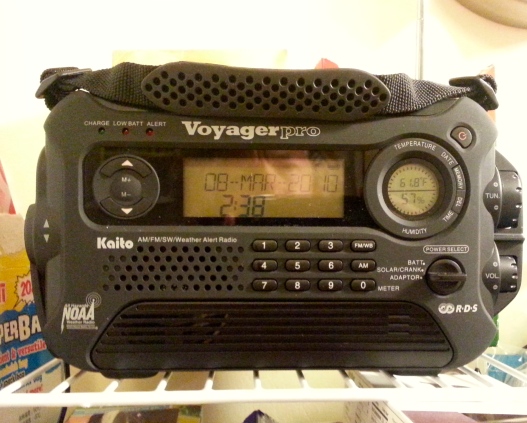 Fun … and also useful in an emergency! It has a solar panel and a crank, gets short wave and NOAH weather stations … and has socket for charging phones! It tells time too, but as the picture shows, it doesn’t know the time and–more particularly–the date, on its own!