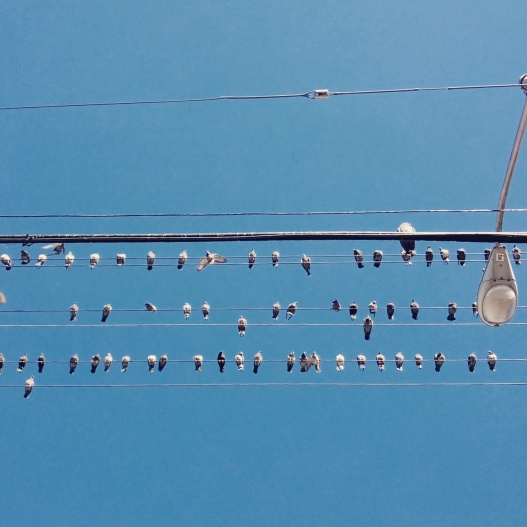 Pigeons sitting on wires all face the same direction … at least that’s what they’re doing here!

One always wants to take pictures of these flowers, but finding a good background to set them off isn’t that easy — I think this one worked well!

OK … this hat looks crazy tall! It may be big around as well … on the former point, it can flop over! On the latter, there’s room for growing — all good, in other words! 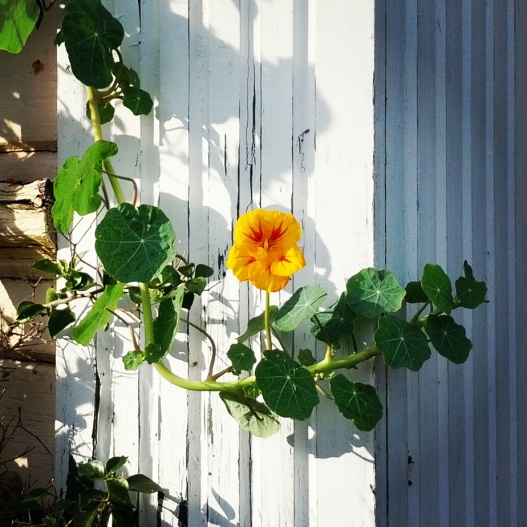 A perfectly upright flower on a winding, wandering vine and … legible graffiti — nice message too! 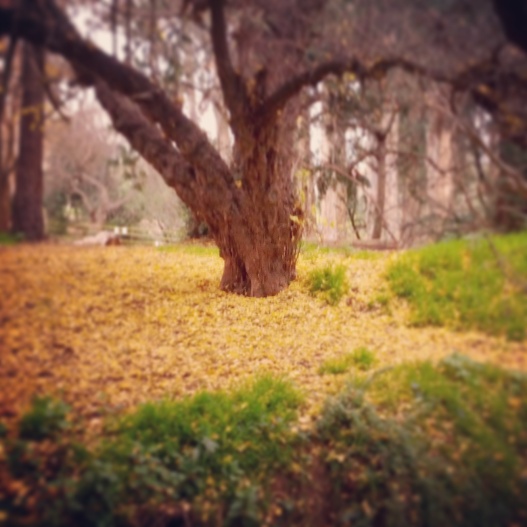 A distinctly autumnal-looking spot on the UC Berkeley campus ~ 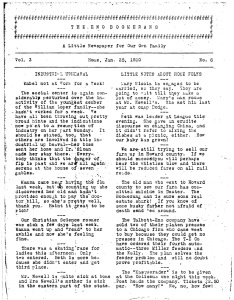 Once again, the news of most interest to contemporary readers comes in the second column of an issue of the original Boomerang: there we learn in this one that our Beth was “leader” at the recent meeting of the (Epworth) League (read about that institution here) and “gave an erudite discourse on changing China, and that didn’t refer to mixing the dishes at a picnic, either.” “How our baby has grown!” the Boomerang man adds!

The top of the news (over in the left hand column) concerns aunt Mabel, who’s been missing from work for a week! On her boss’s and doctor’s orders as it turns out … it seems that she’s on the mend, though! The Boomerang man’s reference to Mabel here as “the youngest member of the William Loper family” makes this an excellent occasion to review the members of that family, which you can do by referring to this post here, but here’s a quick re-cap here too: William and Eliza Loper (née Graham) were the parents of Mary Loper, the mother of the five Eno girls. Mary was one of five children herself: the oldest was Louie (who became one of the oft-mentioned Hasties); then came Mary, then Helen (who’s also appeared frequently in these pages), then Ray–we’re waiting for a first appearance of him!–and then Mabel! Mabel was five or so years younger than Ray and … seventeen or so years younger than Louie!

Another interesting piece of news brings us back to the printing business: Talbot and Eno have sold one of their machines to a firm in Chicago and seem to be getting some new equipment: three Miller feeders (read about them here) and “the Kelly” … is this a new one or the one featured in this post here? It’s not quite clear but it seems in any case that business is good!

There was an error retrieving images from Instagram. An attempt will be remade in a few minutes.