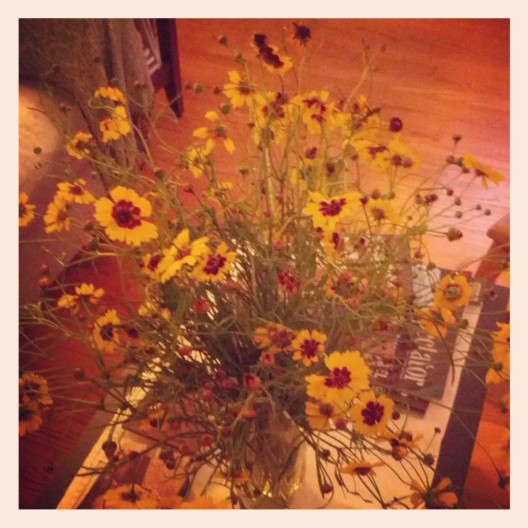 Rangy yellow and dark red flowers: the hues and style of fall! 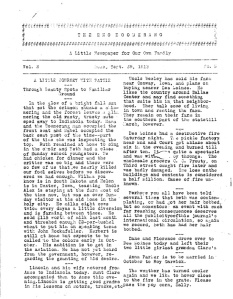 Talk about burying the lead: this issue of the original Boomerang is a textbook case! Fred Eno opens with a very poetic description of an idyllic-sounding September drive (Patty seems to holding up well!) and full-filling Sunday dinner, along the way giving further support to the theory (put forward here) that the “holy city” was Indianola. He goes on to mention the activities of various relatives and a recent fire in the pickle factory … and only in the second half of the second column does he finally get to the real news of the moment: Beth has had her hair bobbed! Granted, when he gets to it, he dwells on it; I quote in full:

Perhaps you all have been told several times that Beth was contemplating, or had got her hair bobbed, but so momentous an event with such far reaching consequences deserves all the publicity of this journal’s international circulation, so again we record, Beth has had her hair bobbed.

Perhaps the lead was buried with good reason since it does seem as if a bob haircut was quite the fashion statement (for better or worse!) in 1918; read more about that here. From the standpoint of some 95 years later, though, all a person could say about Beth’s haircut in this portrait (a bob, yes?) is that it’s perfectly adorable!

Remember the somewhat odd photo of a rowboat covering a truck that was featured here last December? I spotted it again today, this time in front of the Washington Square Arch, and this time with its cargo unsheathed: 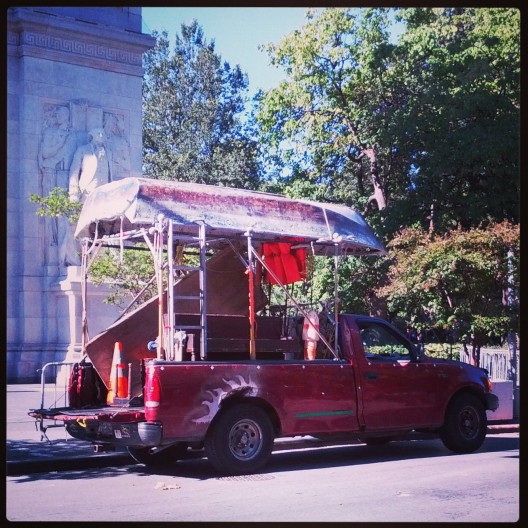 What’s in there, you might ask? Here’s another view … 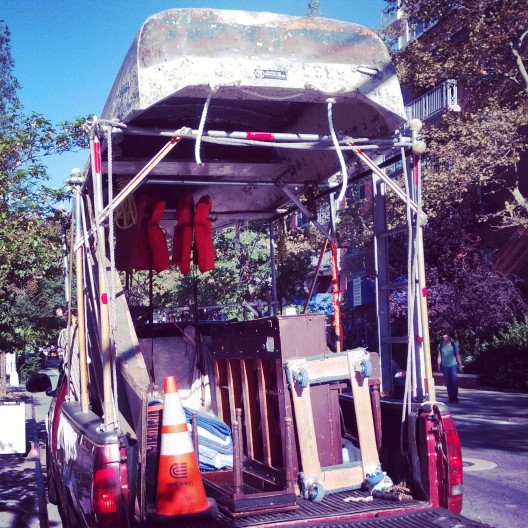 All the way from Idaho: a Cate! 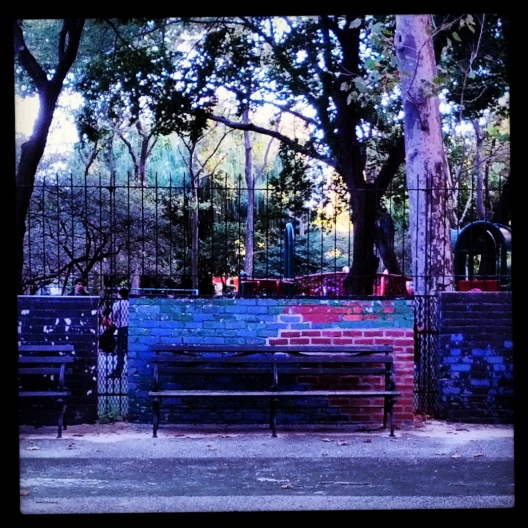 The pattern in this brick wall would make a pretty sweater or quilt! Below, two fabulous pictures of this morning’s clouds a continent away …

Doesn’t it look like there’s a fold in the blue part (especially in the one below?)?